Homes in the wildland-urban interface facing catastrophic fire. Commercial districts in flood zones. Coastal cities confronted by rising sea levels and increasingly devastating storm surge effects. Between 2011 and 2013, there were 67 presidentially declared disaster areas in the United States. The federal government spent $136 billion on disaster response. But how well spent are recovery dollars when recovery focuses on rebuilding communities and infrastructure that are just as prone to subsequent disaster?

With extreme weather events and flood risks escalating, the Rockefeller Foundation and the U.S. Department of Housing and Urban Development (HUD) partnered to change the paradigm of disaster response and recovery to one of planning, preparation, and returns. The result was the National Disaster Resilience Competition (NDRC)—which awarded $1 billion to communities affected by disaster who could demonstrate an ability to not just rebuild, but to design and rebuild in ways that ensured future resiliency. The 67 disaster areas declared by President Barack Obama were eligible for the funds. Rockefeller ran nine nationwide trainings for eligible jurisdictions, bringing together 350 experts from around the globe to initiate the needed paradigm shift. ICS was one of them.

At the Denver training, ICS provided presentation examples of fire and flood resiliency projects in its home state of Colorado (to see a presentation summary, click here) and served as a technical advisor to the New Orleans applicant team. ICS Principal Scott Campbell spent time in the city studying post-Hurricane-Katrina recovery efforts and the effects 20th century engineering projects on the Mississippi River and its tributaries have had in lessening the city’s ability to withstand storm surges produced by tropical storms and hurricanes. (For more information about ICS’s thinking on river management and restoration activities, including a video lecture—and to learn more about the issues faced by the City of New Orleans and other Mississippi Delta coastal communities—click here.)

New Orleans was one of thirteen fund recipients, receiving over $141 million in NDRC funds to establish its first-ever Resilience District. Investments will support several integrated initiatives that include coastal restoration, workforce development, and creating parks and green streets that will create a national model for retrofitting post-war suburban neighborhoods into resilient, safe, and equitable communities of opportunity. For more about the NRCD competition and the award winners, click here. 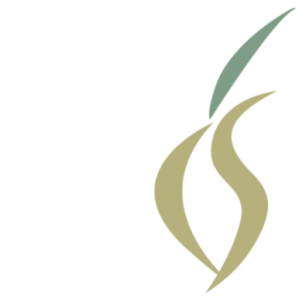